Tourism before the pandemic was not sustainable. A new doctoral degree shows how tourism can adapt and rethink itself. 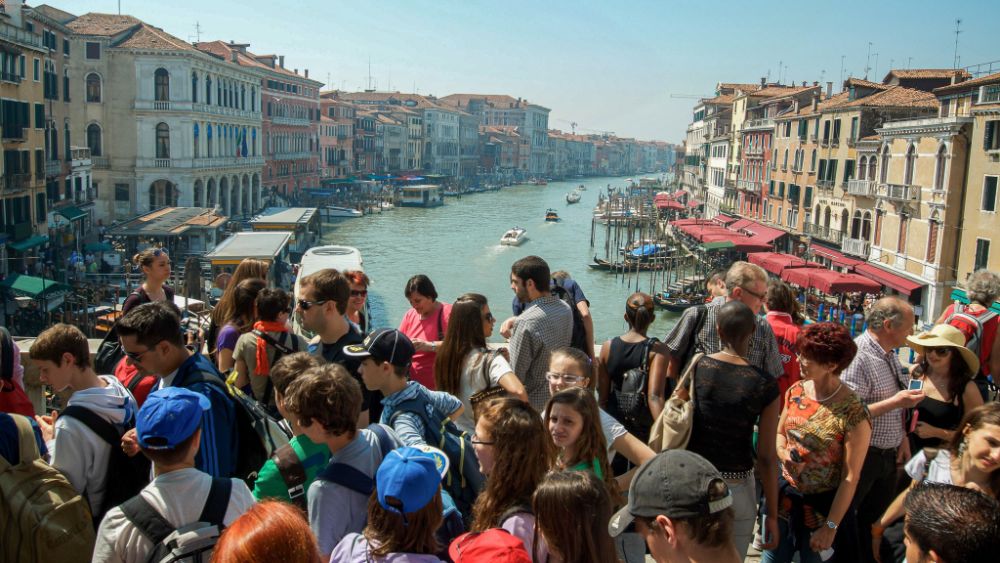 SUSTAINABLE? Researchers agree that tourism today is not sustainable. The question is then whether the pandemic can give tourism a push in the right direction.

The pandemic is the most extensive downturn tourism has been through to date.

UN figures show that the effects of the pandemic have cost around 4 billion dollars worldwide. This puts more than 100 million tourism jobs directly at risk.

Now the industry is facing its rebuilding.

“The pandemic has led tourism researchers to unite behind two arguments. First, tourism before the pandemic cannot be described as sustainable. Secondly – something must change in the future,” says Eva Duedahl, researcher at INN University.

Duedahl defended her thesis on 1 October. The starting point for her doctorate was looking into how to reinvent tourism so that it can begin to contribute to change and sustainable development.

“After the SARS outbreak, growth in tourism resumed after only five months. After the global economic crisis in 2008 – after ten months. Over time, tourism has proven to be one of the most resilient activities out there,” says Duedahl.

We are now facing a new reconstruction. What happens then?

“It is very important for me to emphasize that tourism should not just rise again or be made more resilient. It must be restructured and rethought,” says Duedahl.

Duedahl says that one can certainly choose the first option – to restart tourism without necessarily any requirements for sustainability.

“What exactly are we saying when we now say that tourism should become more resilient? We are actually saying that those who live [where tourism happens] must endure even more suffering or environmental degradation in the future. How can we reverse this thinking and instead identify and work on some of the underlying issues?”

The problems Duedahl is talking about are the excessive and unsustainable production and consumption of tourism on a global scale.

The small environmental measures that have been seen so far do not work, the INN University researcher believes.

“We reuse towels several times in hotels to save mother earth. I am not saying that such initiatives cannot help create an important awareness, but we very often end up with a number of micro-solutions to a macro problem.”

Tourism with others, not for others

Central to Duedahl's doctoral work is developing tourism WITH others, not FOR others.

How can we do this?

“One can start by seeing tourism as an integral part of society and not as an isolated sector. Working with tourism WITH others can help create surprising or alternative and creative opportunities,” says Duedahl.

Her thesis is based on four years of action research in Norway and Denmark. Action research is when the researcher actively, together with others, tries to build a bridge between theory and practice.

The goal is to come up with new opportunities, solutions, and ways of doing things that can be used to create adjustments to sustainable development.

Among other things, she has worked closely with local residents, tourism industry actors, and tourists around Lake Mjøsa. With this new way of working, the participants came up with completely new ways of understanding tourism in the area.

“Instead of aiming to contribute money to the local economy around Lake Mjøsa, they found together that the success criteria could instead be: how can we contribute time, responsibility and care for Lake Mjøsa? It ended with new trip suggestions, new forms of cooperation and not least a fundamental change in the understanding of Lake Mjøsa as something common to the area,” says Duedahl.

Tourism is much more than just tourism

The researcher is very clear that tourism is so much more than statistics and a tool for creating economic growth.

She believes it affects everything from climate, nature and culture to everyday life and quality of life.

“I think one must understand tourism as a lens for analysing today's society. In this way, we can conclude that the pandemic has revealed a very different and unfair world.”

An example from the last year shows how everything hangs together.

“In January, we read in the news that people could buy a package trip to Dubai. It cost $50,000 and included a private flight to Dubai where you could get a dose of vaccine, 30 days’ accommodation, and a second dose before returning home.”

“At the same time, we read that while we in western countries have begun to administer the third vaccine dose, only about 2-3 percent of the world's doses are given in Africa.”

Despite this, the committed researcher believes that there is hope that we can achieve something in the future.

“I have experienced a great genuine interest for how tourism can begin to contribute to the transition to sustainable development. The confusion is about how to do it, where to start and when to stop what one does,” Eva Duedahl concludes.

The article was originally published in Norwegian on 19 November 2021 and is translated into English by Noorit Larsen.