There are fjords and mountains, but little in the way of city life in NRK's ​​slow TV. The broadcasts provide a special picture of Norway, according to a media professor who published a book about the slow TV television phenomenon. 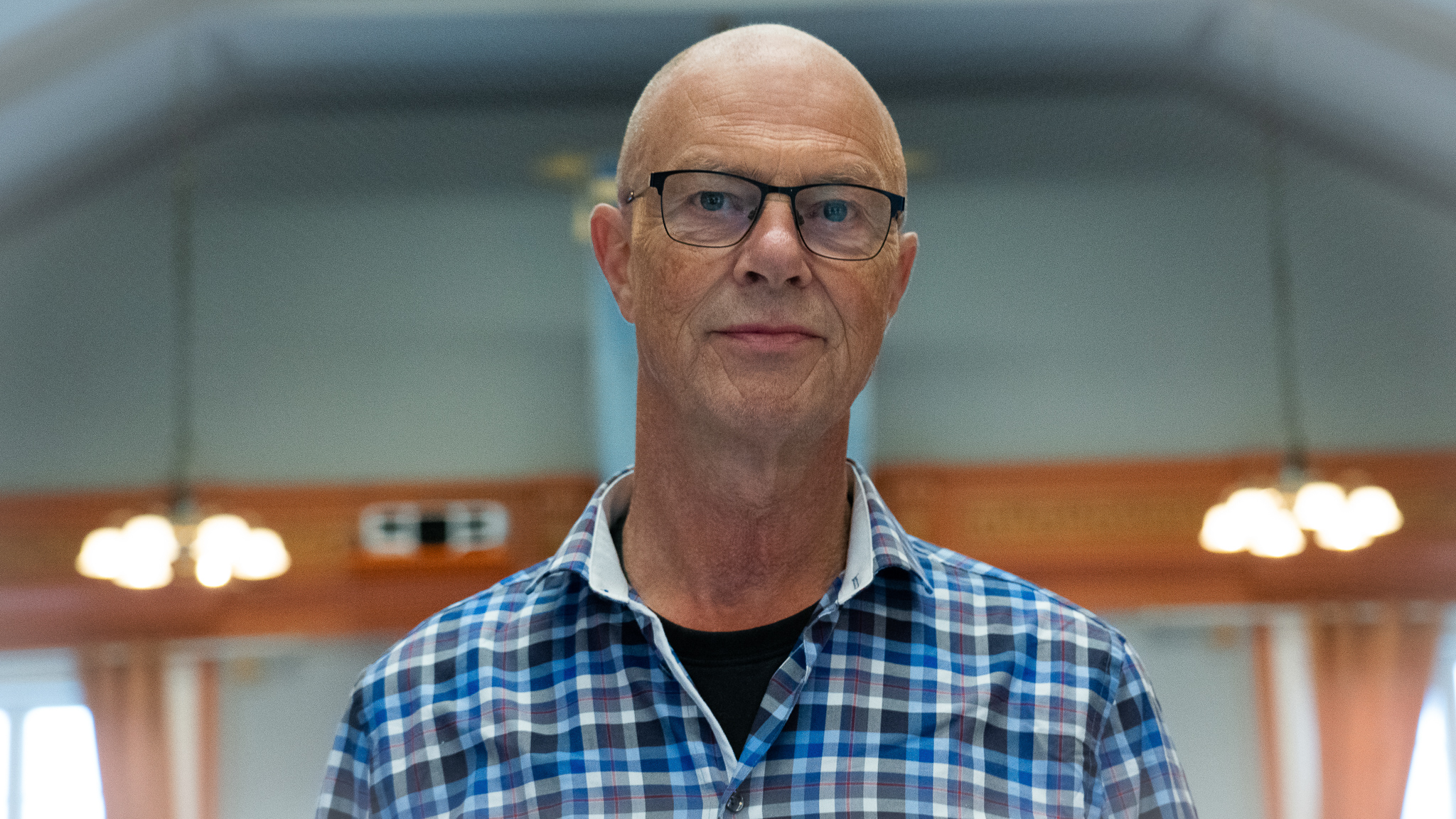 Roel Puijk is a professor at the Faculty of Audiovisual Media and Creative Technologies at INN University and is the author of the book "Slow TV. An Analysis of Minute-by-Minute Television in Norway". Photo: Lars Bjarne Mythen / INN University.

Roel Puijk thought it was absolutely incredible: The largest broadcasting company in Norway was to broadcast seven hours of train journey in prime time – the entire journey without time-lapse clips.

Since the successful broadcast from Bergensbanen 12 years ago, the media scientist at INN University has seen the phenomenon spread. Norwegian TV viewers have been served one minute-by-minute series after another. Long broadcasts in real time, in which very little happens.

When NRK2 broadcast 134 hours directly from Hurtigruten in 2011, they reached 2.5 million Norwegians.

Later, viewers have been able to participate in Skibladner and reindeer herding, salmon fishing and knitting, to name a few.

Some of the series have created pure folk festivals when the TV production has moved from place to place.

In many ways, slow TV is a new TV genre created by NRK in recent years, according to Dutch-born Puijk.

Minute-by-minute productions are not something completely new; among others, German television has a tradition of broadcasting train journeys at night. The difference is that the Norwegian program creators have run a full production with several cameras and the broadcasts have been in prime time.

“No one in the world has taken slow TV as far as NRK, and the Norwegian public broadcaster has received international attention for its productions,” says Roel Puijk.

Now the professor is ready with the first book about the media phenomenon, “Slow TV. An Analysis of Minute-by-Minute Television in Norway”, published by the British publisher Intellect.

“Slow TV is a remarkable phenomenon. It is a counterweight to the development in television and media otherwise, on social media and on YouTube, where everything goes faster and faster.”

The media expert believes that the success of Norwegian slow TV fits into a picture of our media habits that is full of contrast: we become impatient if a video on social media lasts for more than a few seconds, at the same time we “binge” on unending TV series and listen to long and slow podcasts.

Shows a special picture of Norway

Through NRK's ​​slow TV, we have seen many fjords and mountains, lakes and rivers, people in national costumes and traditional attire.

“They have been almost everywhere in Norway – except in the cities, where most people live. It's striking. This has been, to a very large extent, the district’s television and not very urban. There have been very few people with an immigrant background to see.”

Puijk writes about how the state-owned public broadcaster has portrayed Norway through these productions and the connection between Norwegians’ national identity and the productions’ success.

“The ‘national’ in Norway is very connected to the rural with the concept of the cabin, the mountains and the fjords. Proximity to nature is important for the white majority population in Norway.”

Although other broadcasters have tried similar productions, slow TV is still largely a Norwegian phenomenon, 12 years after the production from the Bergen line. No one has had the same scope and breadth in slow TV broadcasts as NRK.

The oldest segment of the population is the one watching slow TV the most, according to a survey conducted by Kantar TNS for this book.

Most viewers only had the show in the background, and went back and forth from the broadcast, or did several things at once. Only fifteen percent answered that they were fully concentrated on what was happening on the screen.

Of those who watched, most stated that they watched because they "like the nature pictures", that they "become better acquainted with the country" and that the program "shows the national identity".

And half the population has not watched any of it, because they think it is "uninteresting" or "boring".

“Hurtigruten in 2011 is still the highlight and was without a doubt the most spectacular program. In later productions, the concept has been watered down with profiled hosts and greater celebrity factor. Lars Monsen became more like a talk show in the mountains, while the latest summer broadcasts are characterized by conversations between host pairs.”

Now Roel Puijk is excited about the future of slow TV – both in Norway and in other countries.

“It was a crazy idea in the beginning, and it will be exciting to see how the genre develops,” says the professor at INN University, Lillehammer.

The article was translated from Norwegian by Noorit Larsen.