The crisis we have experienced in the energy market must be handled by an active state policy both in relation to electricity providers and the EU, says Professor Ole Gunnar Austvik. 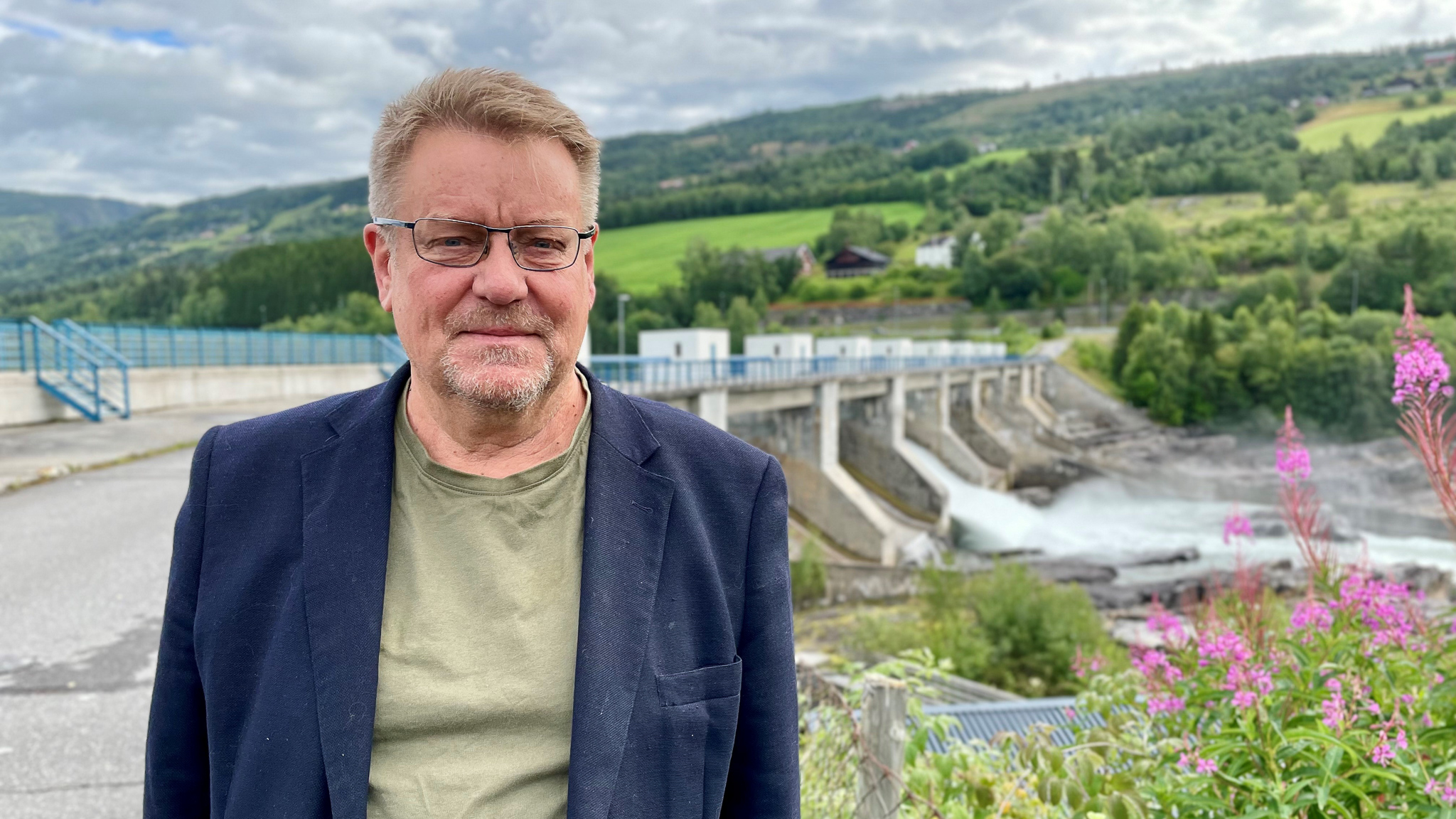 Professor Ole Gunnar Austvik in front of the dam at Hunderfossen in Gudbrandsdalen. He believes that the state should control water levels in Norwegian reservoirs much more strictly in order to solve the energy crisis we are in. Photo: Ole Martin Ringlund / INN University

Ole Gunnar Austvik is a professor of political economy and petroleum economics at INN University.

He recently published a report titled "An energy nation and the world around" (in Norwegian), written on behalf of LO – the Norwegian Confederation of Trade Unions. The task was to provide an overview of the central economic and political challenges facing Norway as an energy nation and to propose solutions to these challenges.

“I believe one of the major challenges we face is that the state does not use the room for manoeuvring we actually have to regulate this market. Our room for manoeuvring is greater than we practice,” says the professor who has previously worked at BI Norwegian Business School and the Norwegian Institute of International Affairs (NUPI), and is affiliated with Harvard Kennedy School.

He suggests the Norwegian electricity crisis can be helped by export duties, and by strategically storing water for hydro power.

At the beginning of August, a price record was set for electricity in Norway. For the first time, the price for one kilowatt for a day passed four Norwegian Kroner.

This trend has been persistent. Prices have skyrocketed, one record smashing another.

Most people are frustrated and don’t understand why nothing can be done about the situation. Together with increased fuel prices, increased interest rates and increased food prices, the electricity prices make the bills pile up.

At the same time, electricity has become a hot political topic. The government is criticised for not doing enough, mayors from the ruling Labour party around the country demand answers. Many members of the Parliament (the Storting) call for a maximum price for electricity and the Storting will join in Mid-September for a crisis meeting about the situation.

The belief in the industry is that bankruptcies are forthcoming due to the high electricity prices.

The short-term solution to this has been a government's electricity subsidy; more long-term solutions should be sought.

Austvik suggests that Norway should have a minimum requirement for water levels for the hydro power plants, which covers more than 90 percent of the country’s electricity production.

“In a market that fluctuates and is important politically, it is a common intervention in Western countries to store energy to meet shortages. We have the strategic petroleum reserves (SPR) for global oil. The EU is building gas storage facilities, and Norway has a unique opportunity to store electricity in the form of water reservoirs,” he says.

“I think that having water resources ready for hydro power production in the winter is a fairly obvious matter. We must ensure that we always have a satisfactory water level and do not run out.”

– We don't have that today?

“Today we sell too much for a short-term profit. There is nothing wrong with the electricity suppliers. They only do what they have to do to make money, but there is a lack of regulation in terms of a storage capacity that society as a whole benefits from.”

– How would you have done this?

“The state must decide that water storage is important. Then it must work out exactly how large this capacity must be and how this shall be implemented,” says Austvik.

– How should this be regulated?

“For example, electricity providers should not be allowed to export until reaching, or exceeding, the level that has been determined.”

– But could this cause negative reactions?

“No, I don't think so, if it is done in the right way. I think this will be understood both by the electricity providers and by the EU. This is the way it is done in energy markets around the world, and the EU itself uses it.”

A tax on exports

In terms of trade policy, it has been common to use tariffs to regulate economic exchanges between countries – mostly on imports to raise import costs to protect domestic industries.

However, several times throughout history, countries have used a tax also on exports to lower the domestic price of the export commodity and/or to get state revenues.

Austvik believes an export duty on electricity now should be considered as part of the solution to the domestic electricity crisis.

“If you want to keep prices low at home and sell at the European market price abroad, an export duty could be a course of action. India has just implemented this on some steel and ore to lower domestic prices, to the benefit of businesses that use these as input factors.”

– How would this be done concretely?

“Put simply, if the market price is three kroner and we want it to be fifty øre for domestic consumers, the state can charge a fee of two kroner and fifty øre. Then the company will sell for fifty øre, whether they sell to Norwegians or to foreign sellers,” says Austvik.

He believes that such a fee could be considered variable so as to collect income from all prices above a level defined as a maximum price at home, perhaps as a time-limited scheme.

What about the EU and possible violations of the EEA-Agreement?

As a rule, the EEA agreement places restrictions on imposing taxes on both imports and exports, but Austvik believes that in this case the time has come to negotiate it.

“We’re in the midst of a crisis and the EEA agreement was made in a different time. Security has now generally risen to the top of the political agenda everywhere, not least for energy in the EU. I think there is room to look more closely at whether it is possible to come up with an arrangement.”

The reason is as follows.

“Norwegian export duties to the European electricity market will not be discriminatory towards foreign actors since the entire fee is paid by Norwegian producers. This is not to the disadvantage of foreign competitors, in practice, as it is a direct government taxation of Norwegian sellers and profits,” says Austvik.

Austvik says that international energy markets, both in the EU and the Western world in general, is a sector that for a long-time has understood that major political interventions may be necessary since the oil crises of the 1970s. There have been interventions against excessively high oil and gas prices, and establishment of strategic oil and gas stocks.

“These are markets that are not entirely perfect, and which have major social consequences when access is reduced for periods or prices become too high.”

And when a market does not deliver in a way that is socially acceptable, the government must be active in correcting it, Austvik believes.

“This is the case in all markets, and especially those that represent socially critical infrastructure such as energy supplies. The state is allowed to be active within the EEA agreement in non-discriminatory ways, but it must want to!”

And it should want to, now.

“It is acceptable and understood that a state must intervene to ensure a country's stability when there is an energy crisis. According to the International Energy Agency (IEA), an energy crisis is when you do not have access to energy and/or when you have to pay a higher price than what is economic or socially acceptable. We are there now,” concludes Ole Gunnar Austvik.

This article was translated from Norwegian by Noorit Larsen and adapted to English speaking audiences by Ole Gunnar Austvik.